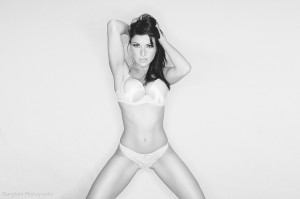 Hey ho! Well I have been a busy bee this weekend. Two shoots for each day. That’s not common for me. I have a day job and rarely do I have two days off together, so it’s nice to have what feels that extra time off (although in reality it’s not any different). Anyway the first shoot was with the wonderful Jenny Bee, someone who I have worked with a number of times. I don’t think I’ve ever met a model though who is just as geeky as me, especially when it comes to Star Wars! She also has a fantastic smile. I mean it, when she smiles she beams from ear to ear.

So it had been a little while since we last worked together and with the warmer weather she does like to go out and about for a shoot. But also she was my guinea pig for my new ring light I got for my birthday. It’s only a cheap one from ebay and not massive, but it is a starting point and I did make sure I got a fairly bright one (it’s continuous light, not a flash so you have to ramp up the ISO a bit for the best effect).

To begin with it was studio stuff. Bit of lingerie, bit of fun, a little fashion. Nothing too bizarre or epic. Kinda warm up and practicing with my light! 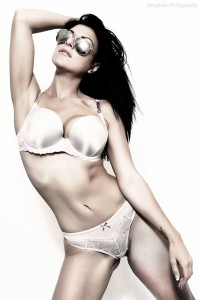 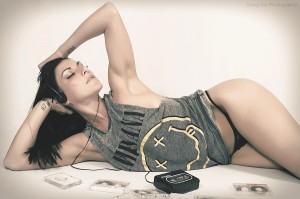 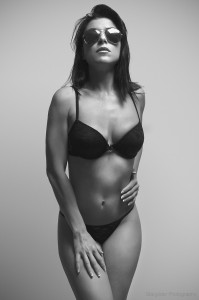 After that we headed off to the coast. Time was against us as I wanted to go to a golden sandy beach but where I live they were simply that little bit too far to go, so we went to a place we had been before, the Isle of Sheppey. The beaches are a bit more of a combo of darker sand and pebbles, but it would do for the shoot. But as we were heading the beach we had used before, the road was closed, just about a couple of miles short of where we wanted to be, with no alternative route to get there. No idea what was going on, we were however near a junction that turns towards the coast. So we took a chance and headed off with the hope that there was a usable location.

And looking back I think we got lucky as there was more to use for shooting than the beach we were originally heading to. The original choice was just a beach. Here we had a little beach, rocky terrain and an angled storm wall. Result!

Anyway we got cracking, but with an idea that Jenny had. She loved the idea of a tribute to the Bond girls (I don’t need to explain that to anyone!) and I liked the idea of making it a little more modern. It’s a beach, it’s a model, there’s only one image in anyone’s mind when it comes to the iconic Bond girl beach image (Again, I don’t need to explain that one – google those words and you’ll get it!). But gone were the white bikini and knife. This time it would be black, guns and holsters (I suppose you could also say Tomb Raider as well, but we were aiming for Bond!). They came out fantastically! We also did a couple of other setups too but it’s the Bond girl pics we were after! 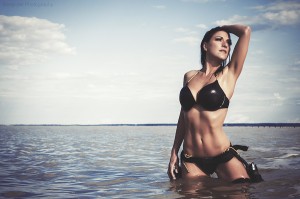 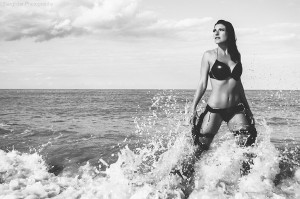 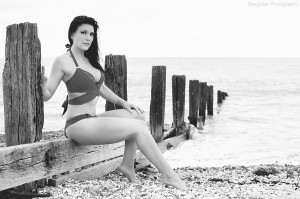 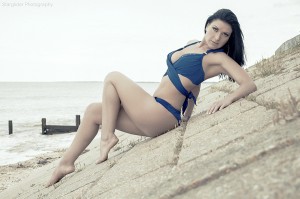 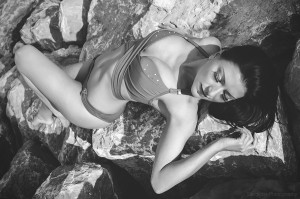