I had such a fun day yesterday. It had been two weeks since my last shoot because of a pesky thing called a holiday abroad getting in the way. How rude. But anyway, once I got back I had about 3 days of solid admin and catching up to do. I also had a spare shoot slot from a cancellation. If I didn’t fill this slot, it would be three weeks without a shoot. For me that’s far too long, and I’d go mental if I wasn’t snapping someone in my home studio (others have said to me to just go outside with my camera and shoot, but I’m not wired that way. Landscapes rarely give me the same thrill.

So up went a casting call on Purpleport (For those who have been living under a rock all their lives, Purpleport is the largest photographer/modelling/studio/makeup portfolio site in the UK). I usually make the casting call a bit of a laugh. I don’t take myself too seriously on shoots, and I like to try to give that impression when I’m looking for a model. 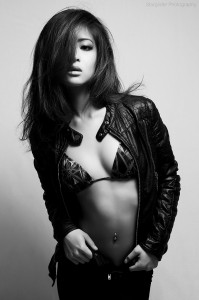 She’s tiny – like 5ft tall – born in California, moved to Hong Kong with her family a few years later and now staying in London while studying. But OMFG she’s beautiful and so much fun to have around! She replied to my casting call and Was totally happy to take the trip down to my hometown for a day of shooty fun time. When she arrived she had a relatively average sized bag over her shoulder, one that wouldn’t look out of place had she been shopping for the day and bought a few bits. But she was the master packer, and had managed to fit a whole variety of outfits into this bag.

We had the obligatory natter, and I had introduced her to the Calippo ice lolly. If you haven’t had one of these before, WHAT IS WRONG WITH YOU??? Go get an orange flavoured one and eat it. There is an artform to how to nom one of those lollies, perhaps I will write a short blog entry ‘Zen and the art of eating an orange Calippo ice lolly’.

Really it was a shame not to have taken images of her face while she slurped down the last couple of inches of that lolly.

And now I’ve suddenly realised how wrong that sounds!

We decided on the plan of action, bikini swimwear, git of glam by mixing that up with some fashion/casual, and then ending up with some more edgy wet look images in swimwear. A.J.C. hasn’t had a lot of shoots in her time as a model (around 10) but it really did not show in the shoot. She really knew how to pose her tiny frame, totally body confident and looked fabulous in every pose.

She was also full of energy, and whenever I offered to show her the images from the back of the camera, her eyes lit up and she got all excited! It’s those sorts of things that really makes a shoot that much more satisfying. Yes getting great images is a huge part of it, but I can’t think of anything worse than doing a shoot with a model who I don’t connect with. It’s happened a couple of times in the past and no matter how good the photos may come out, the shoot itself becomes a bit of a chore.

We managed to zoom through all the setups we wanted to do in about 3 hours. And believe me, we got through a good number of outfits! If it weren’t for the fact that she had to go back to London for a prior engagement, we could’ve gone on for much longer.

But alas, time was up, we finished, she packed her stuff away and then left. Then it was on to the editing. And now you can enjoy a few of the results from the day! Laters 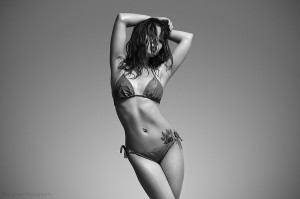 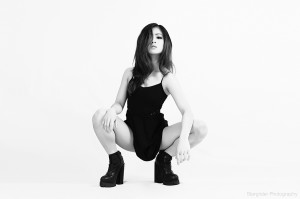 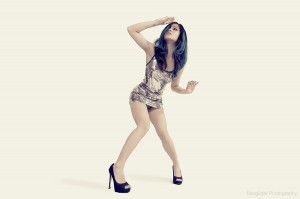 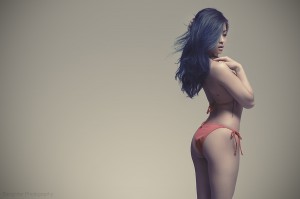