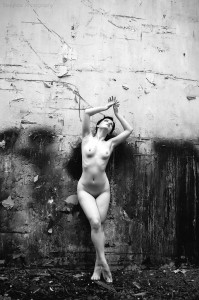 Hello! Well a short while ago I embarked on a long but productive shoot with the lovely Ecce! (The exclamation mark is not for emphasis, that’s part of her modelling name), and although this entry will be fairly brief I just wanted to touch on how people should be more bold in asking for what they want. This shoot Ecce! and I started on a little location stuff, a little studio stuff and then onto the erotica/nude location shoot.

I have a day job. Photography is an hobby for me, and although I would love to do it for a living, I simply don’t make any money from it (apart from the rare sale of a print or something). But anyway in my job I do get to know some of the customers who I interact with, and one in particular I knew owns a company that deals in looking after, security wise, empty buildings. Well one day I was walking through my town when I saw an old pub, boarded up and looking in a bit of a sorry state, but on the front was a sign that this building was being secured by the very company the customer I know owns.

So when I saw him next I asked if it was possible to go in and use it. “Sure, but not until July as I am about to go away for a bit and won’t be back until then”. Result! We exchanged contact details and I wished him a very good time away.

Then a few minutes later a colleague came up to me and said “Oh, the woman I was speaking to overheard what you were saying and told me that she has a derelict agricultural building on her land that you’re welcome to use. Here’s her number.”

So this was the building I used on the shoot with Ecce! A few years ago I would never have dreamed of asking someone to use their property for a shoot. Nor would I have just walked into a bar/restaurant/anywhere and said “Could I just come in right now with a model and take some pictures of her?”. But now I do it all the time. Confidence in what you are doing is paramount, as well as politeness, and never fear being turned down. It’s not the end of the world, and you also never know when someone might say yes… 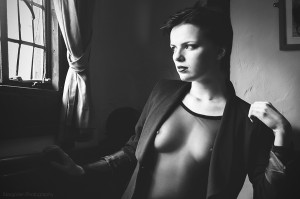 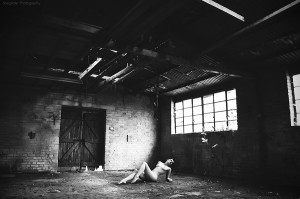