Okay, so twice (read that, twice!) now I have had models turn up for a shoot totally unprepared for the day. In both my cases it was turning up for a lingerie level shoot with no lingerie.

I mean, I cannot comprehend that. What model would do such a thing. The staple addition to any models travel bag when going to a lingerie shoot is a rather large collection of matching lingerie of all shapes and designs. Sometimes I’ve even thought to myself ‘hell, that’s a lot of lingerie’. But to turn up with none? Inconceivable! 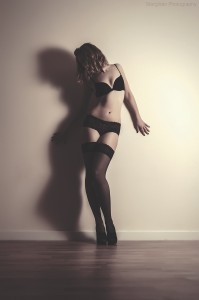 The first model in question, to be fair, had a couple of bras, it was just the everything else that was missing. But at least she was happy to nip out to the nearest Primarni and pick up a couple of sets. And the shoot ended up being quite an awesome setup.

Turns up, all cheerly like, and pulls out all the gear she has. Good ideas, three setups she’d like to try (this was a collaboration shoot), and then a couple of other mixtures of outfits. But no lingerie. “Where is the lingerie?” I ask. “I haven’t got any, but all of this should be fine for the shoot.” while she again pointed at all the stuff she brought. “Erm… but this is a lingerie level shoot. You kinda need to have lingerie to do a lingerie level shoot.” I replied. “I have a bikini, that’ll do.”

I gave her two options. Go to Primark and get a couple of sets of lingerie or the shoot ends before it even starts. “Nah, I’m not going to get more stuff, I’ve already spent £200 on clothes today already.”

Models, here’s a simple bit of advice – when agreeing to a shoot, make sure that you actually have the required clothing that meets that basic requirement. It’s never nice to be turned away from a shoot, and photographers don’t like doing it as all, so please make sure you are properly prepared for what is required of you!