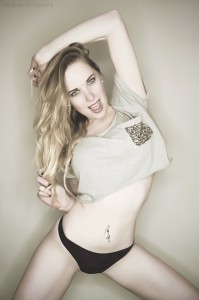 For the fourth time in about a year I got together with Shelley Swift for a shoot. Shelley is so lovely and one of those models who will happily let me try stupid things out. One of those stupid things I wanted to do was to get a different look from her. Shelley loves a bit of moody glamour and nudes, and I wanted images that were just a little further away from that, that showed a more range. Emotion, fun, just a big different from the norm.

Because of this change I wanted to do the first step was the change her make-up routine. Off came all she had on her and out came a different type of mascara, a more defined eye liner and a change of colour in regards to eye shadow as well as a little more make-up on the cheekbones to bring them out. And I applied a lot of this myself. Check me out! Being a make-up artist (believe me, don’t expect that much from me on any shoot, I’m not that good!).

The next thing I wanted to do was to get Shelley used to was to change her facial expressions to show the mood I was after. Now you might think that is easy, but in reality it’s not. I had been acting for 16 years so for me I was used to emoting visually, but unless you have been doing it for years too (or just incredibly lucky) it’s surprisingly hard to show a different look to what you normally look like.

The key is the eyes.

Shelley has really beautiful eyes, a strong shade of blue and very piercing. However because of that they do stand out with a standard stare, so for a good hour during the first part of the shoot I concentrated on making sure she slightly closed her eyes. Along with that I got her to change her mouth positions a little. Slightly more open than usual, or at times I would really get her to open them (distraction or a good joke works too to get a more natural look!). After this hour or so though she nailed it. It was pretty much second nature.

Another thing I wanted to take advantage of (and I’m a little surprised that she hadn’t done this before) was to get her athletic nature into some of the images. She is a gymnast and although a little out of practice, she can still do all those spins and splits and rock a handstand and hold it there like it was a normal thing to do (I can do a handstand for around 3 seconds before falling over).

And the best compliment I got from the whole shoot? Shelley turned to me and said “I am so doing this type of make-up in future and going out like it!”. It worked. I got from this shoot images that were quite different from the three previous shoots with her, and for the first time images that really showed her range. From serious and sexy to good ol’ fun! 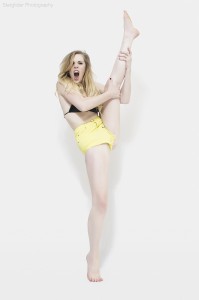 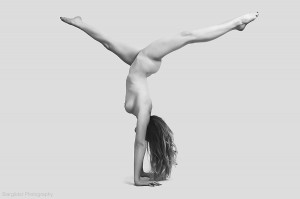 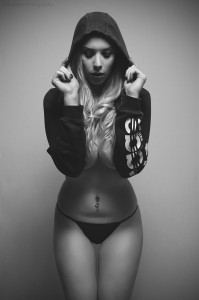 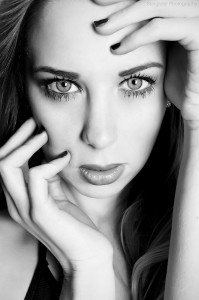 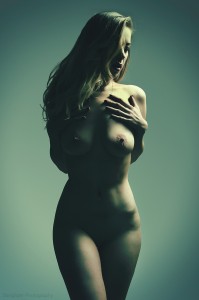